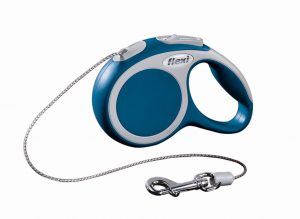 While retractable leads may seem like a good idea because they allow your pet to roam and run, they are dangerous!

A retractable lead consists of a thin cord wound around a spring-loaded device with a plastic handle. A button on the handle is used to control the amount of cord released. The button is also used to break (stop the release of more cord) and to rewind or recoil the cord so as to bring the pet in closer to the handler. The cords come in various lengths, most often 10, 16, or 26 feet. There are numerous concerns with this type of lead. 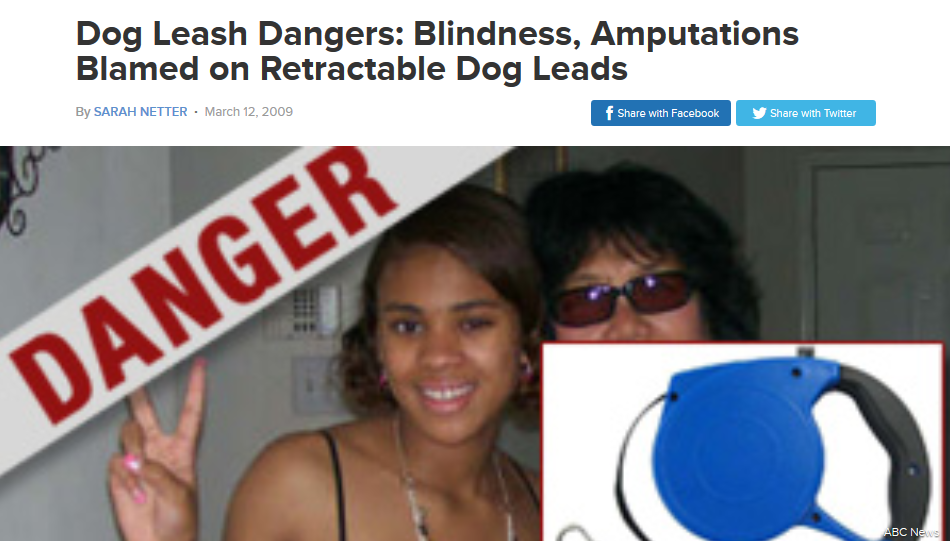 If you still want to use a retractable lead, be sure to review the safety warnings included with the lead you purchase, know how to use the buttons on the lead, and check the lead often for frayed cords and mechanical problems.

For more information on the risks of retractable leads see: