From Mad Max to Mellow Max 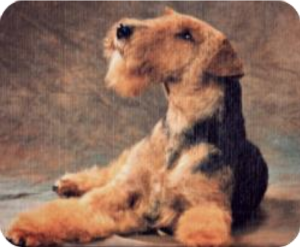 Max was a normal, healthy Welsh terrier puppy, but as he approached 1 year of age his behavior become increasingly unpredictable, with bouts of aggression toward people and dogs. Max had extensive obedience training and was neutered, but his behavior continued to deteriorate. Traditional veterinary evaluation did not detect any medical issues. His thyroid levels were tested and reviewed by Dr. Jean Dodds who found them to be normal. By age 4 the situation was untenable. The well-known animal nutritionist Wendy Volhard  was consulted. She suggested Max be transitioned from his commercial kibble diet to her homemade raw diet recipe (at that time her NDF and NDF2 products were not available – visit Volhard Dog Nutrition/ for more info, and given supplemental B-vitamins. She also cautioned against additional vaccine administration. Within one month of making the dietary changes, Max’s behavior began to improve. Within six months the change was dramatic. He was no longer aggressive toward people and less aggressive toward other dogs. Several years later, on the advice of our veterinarian, Max was taken off the Volhard diet for about 20 days. The aggressive behavior returned and Max was placed back on the Volhard diet. Mad Max changed back to Mellow Max and continued to do well on the Volhard diet, living until he was almost 16 years old. (Case study provided by Mary Duafala)