A Boy and His Dog Find Happiness 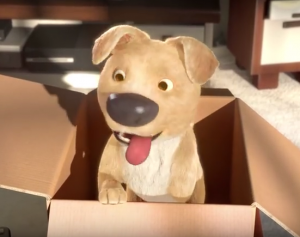 This moving animation and comic strip show that physical limitations may not be limitations at all and should not stand in the way of happiness.

Enjoy this short film called “The Present.”  It was created by Jacob Frey and Markus Kranzler in 2014 as a graduation project while they were students at Filmakademie Baden-Wuerttemberg in Ludwigsburg, Germany. It went on to win dozens of international awards

The film is based on a comic book strip by a Brazilian artist named Fabio Coala Cavalcanti. The boy opens up a box from his mother to find a small, excited puppy inside. The boy’s joy, however, quickly turns to disgust when he realizes the dog only has three legs. In the end, the boy realizes that the dog doesn’t let his physical situation stand in the way of happiness, and neither should he.