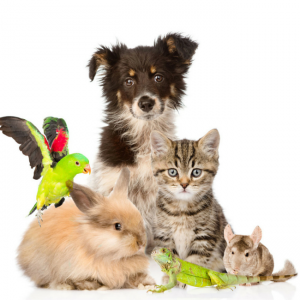 Do you melt when you look into your dog’s eyes? Does your cat have you wrapped around her little fuzzy paws? You’re not alone! New science unlocks the mysteries of human-animal bonding and how our animal companions manipulate us into loving them—for our good and theirs.

People have a long history of living and bonding with domesticated animals. A recent genome study concluded that dogs may have been domesticated as far back as 34,000 years ago.[1]

Today, our animal companions are as beloved as ever with the American pet population expanding from about 40 million cats and dogs in 1967 to more than 114 million in 2012. Roughly two-thirds of US households now include at least one pet.[2]

Not only are pets on the rise, but the significance of our human-animal relationships seems to be deepening. A growing number of young adults are trading in their human partners for the four-legged kind. Many report experiencing greater distress from the loss of a pet than from a breakup.[3] In a recent poll, a surprising 38 percent of dog owners reported loving their pets more than their partners![4]

Our animal companions obviously bring lightness and joy to our lives, but science now reveals they may be bringing much more. 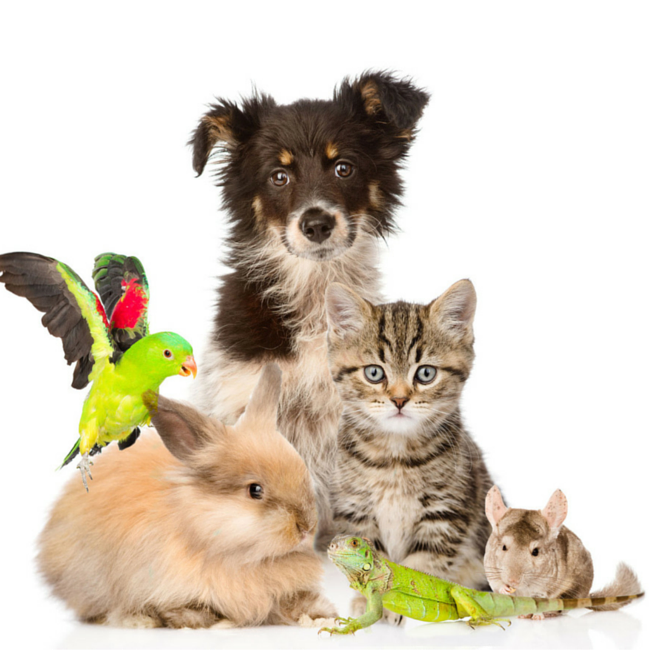 The Magical Healing Powers of Animals

In addition to offering companionship, animals benefit people in a number of different ways. For example, animals have developed special defenses over the millennia to ensure survival in the wild, and some of these have benefits for humankind.

Dog’ saliva has been found to heal wounds due to a protein called Nerve Growth Factor. Human wounds treated with NGF heal twice as quickly as untreated wounds. The purring of a cat can help mend broken bones and soft tissue injuries because they purr at 20 to 50 Hertz, a frequency range found to promote tissue healing. And a protein from the venom of the Malayan pit viper is being used in Europe to treat strokes and blood clots.[5]

Even if you don’t own anything as exotic as a Malayan pit viper, your dog or cat may be bringing you an abundance of gifts. Science shows that pet owners are reaping an amazing number of health benefits, including the following:

For children, family pets offer unique benefits, both physically and emotionally. Dogs can forestall the development of allergies in children raised with them.[19] [20] A study in the Journal of Allergy and Clinical Immunology [21] found exposure to dogs in infancy, especially around the time of birth, can lower a child’s risk for allergies. This effect is so strong that even an expectant mother can reduce the likelihood of her child’s developing allergies by living with a dog.

The emotional benefits are even more profound. Kids who grow up with dogs and cats tend to show greater compassion and empathy, which is referred to as “emotional intelligence” or EQ.

According to kindergarten teachers, EQ is the strongest predictor of a child’s success in school, even more so than reading or writing skills. Caring for a pet teaches children compassion, self-esteem, and responsibility for the care of another, as well as improving cognitive skills, mitigating stress, and numerous other benefits.[22] [23] [24]

Children with autism are sometimes better able to interact with animals, and this may actually improve their ability to interact with people. Science shows cats are especially helpful to autistic children, increasing their social interactivity and improving communication skills, tactile and eye contact, smiling and laughter.[25]

Why do cats and dogs hold this almost-magical power over humans? Recent discoveries are beginning to provide an answer: hormones.

A recent groundbreaking study was the first to identify a hormonal bonding effect between humans and other species, which may help to explain how dogs became domesticated thousands of years ago.[26] According to the study, when your dog looks into your eyes, he activates the same hormonal response as an infant. The mutual gazing between dogs and their owners triggers the release of oxytocin, the “love hormone,” in the same positive feedback loop as in a mother and newborn.

Of the duos who spent the greatest amount of time gazing into each other’s eyes, male as well as female dogs experienced a 130 percent rise in oxytocin levels, and both male and female owners showed a 300 percent increase.[27]

Produced by the hypothalamus, oxytocin is the hormone responsible for mother-infant bonding, flooding each with feelings of happiness, trust and well being. In addition to its role in bonding and relationships, oxytocin confers physical health benefits as well, including reduced pain and inflammation, which could explain some of the health benefits of pet ownership outlined above.

But oxytocin may explain only part of our connection with dogs. A prior study found dogs to be sensitive to human social cues, such as the intention to interact with them when making eye contact. According to Medical Daily:[28]

Dogs tend to speak through body language and facial expression, which makes them better equipped to figure out our moods and what makes us happy, among other things.

Dogs are not the only species casting oxytocin spells on humans—cats are taking full advantage as well.

Crazy Cat Ladies May Not Be So Crazy After All

A recent study[29] found that cats attach to humans as social partners, not just for the sake of obtaining food. This research is the first to show in detail that cat-human relationships are essentially identical to human-human ones, at least biochemically, with cats frequently stepping into roles of surrogate children in nurturing homes. This of course will not be new information to cat lovers.

Petting a cat is found to produce an immediate oxytocin release in both cat and human—but if that human is a woman, the effects may be far more pronounced. This study and others confirm that, while cats have plenty of male admirers, women initiate contact with their kitties much more often than men, and vice versa. Female owners also have more intense relationships with their cats, and cats especially adore—and manipulate—their ladies. Cats are cashing in on human maternal instinct!

Rather than an amusing eccentricity, “crazy cat ladies” may actually be unwitting victims of chemically modulated feline manipulation. I’ll leave proof of that hypothesis to the scientists—but ladies, consider yourself warned. [30] [31]

Regardless of whether or not we humans are being manipulated by our animal friends, the benefits of sharing our homes with them cannot be denied. Science has proven that if you want to live a longer, healthier, happier life—and raise your children in an environment that cultivates compassion and responsibility—then adopting a pet may be just the prescription.

[22] Vatan, S. “Kids who grow up with dogs and cats are more emotionally intelligent and compassionate.” MNN March 22, 2016

[30] Green, T. “Do Cats Emit Something That Makes You Love Them?” The Nest

Valerie Burke, MSN is a Clinical EFT practitioner and freelance health writer in Olympia, Washington, with backgrounds in both allopathic and integrative medicine and a Master’s Degree in Nursing Science. Her areas of interest include nutrition and energy psychology, and integrating principles of holistic health to create balance in mind, body a spirit. Valerie is the author of “Is the Paleo Diet Right for You?“ You can learn more about her at www.valerieburke.net.

Disclaimer: This article is not intended to provide medical advice, diagnosis or treatment. Views expressed here do not necessarily reflect those of GreenMedInfo or its staff.