Your Fearful Memories Can Haunt Your Descendants 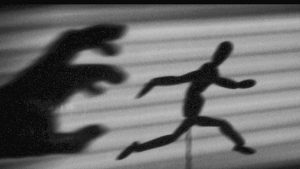 There is scientific evidence to suggest that some fears can be inherited from one generation to the next. Can the same be true of anxiety, addictions and other behaviors? What about our passions, can they be inherited too?

Conventional wisdom says that inheritance is achieved only through genetic transfer of information. However, the science of epigenetics demonstrates that environmental factors, including thoughts and experiences, can profoundly affect how genes are expressed. This occurs without actually changing the make-up of the genes themselves. Importantly, while genetic changes typically take many generations, epigenetic changes in gene expression can be seen in the blink of an eye!

The profound influence of environment on behavior was demonstrated in a study conducted at Emory University. While I don’t condone this type of research, the results are interesting. In this study, male mice were exposed to the scent of acetophenone, which smells like cherries or almonds, at the same time they were given a small electric shock. The mice eventually associated the scent with the shock and would shudder when exposed to acetophenone, even in the absence of the shock. The offspring of these male mice exhibited the same reaction when exposed to acetophenone, even though they had never been shocked. A third generation of mice also reacted to the scent, as did those conceived via in vitro fertilization. Similar studies demonstrated that the fearful response can also be transmitted down from the mother. (Parsons and Ressler. Implications of memory modulation for post-traumatic stress and fear disorders. Nat Neurosci 2013;16(2):146-153)

The biological changes that led to transfer of fear from one generation to the next were unclear to the authors and the results have been questioned by conventional biologists. However, those with an understanding of quantum physics, which views life as a network phenomenon, are not surprised by these findings. The good news is that, while genetic expression can be negatively modified to create fear, this negative modification can be reversed by delivering corrective information via bioenergetics therapies.