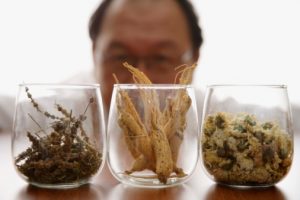 Work on natural products wins the 2015 Nobel Prize in Physiology or Medicine.

The 2015 prize went to researchers for work that has revolutionized the treatment of parasitic diseases through the use of natural products. Parasitic diseases are a major global health concern that often affect the world’s poorest populations.

One half of the prize went to two researchers for their development of avermectin from a group of bacteria (Streptomyces) that live in the soil. Avermectin was modified to produce ivermectin.  Ivermectin is effective not only against parasites in domestic and farm animals, but is also effective in killing parasites in humans, such as those that cause River Blindness and Lymphatic Filariasis. Treatment of these conditions with ivermectin has been so successful, they are on the verge of eradication in some areas. However, River Blindness and Filariasis are far from eradicated in other areas, as they affect indigenous cultures living in very remote locations with difficult access. The ease of administration and relative safety of ivermectin make it feasible to deliver treatment to these remote areas and offer hope that these conditions might be fully eradicated over the next decade. Worldwide, it is estimated that at least 25 million people are infected with the parasite causing River Blindness, of which 300,000 are blind and 800,000 are visually impaired.

The other half of the prize went to a researcher who turned to a traditional herbal medicine to find a new cure for malaria. Her discovery, called artemisinin, has unprecedented potency against the malaria parasite and came at a time when the traditionally used treatments, chloroquine and quinine, were losing their effectiveness. Malaria affects nearly 200 million people yearly. When used in combination with other drugs, artemisinin reduces death from malaria by an estimated 20% overall and more than 30% in children. In Africa alone, that translates into more than 100,000 lives saved each year.